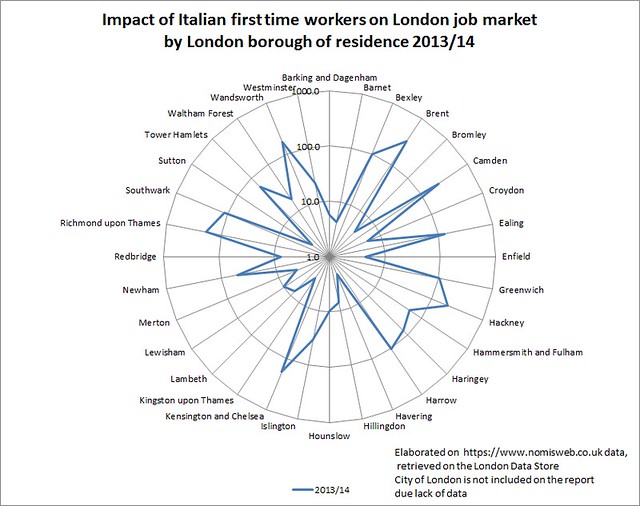 This cannot show incoming Italians are taking all new jobs on a particular borough as the borough referred is the area of residence, not necessarily where they found their first job.
Posted by Alessandro Riolo at 19:05

Serious issue, hope there wouldn't be any problems in future.