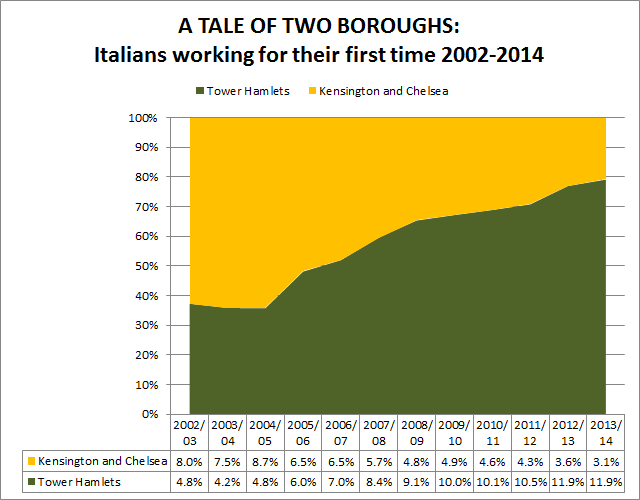 While Tower Hamlets is less affluent than Kensington and Chelsea, its average income is still higher than the average income of more than half of Italy. Charts describing a very similar dynamics could be produced using Brent, Haringey or Lambeth in the place of Tower Hamlets, while the raise of Italian immigration to Newham or Waltham Forest appears to have picked up only in the last couple of years.
Posted by Alessandro Riolo at 01:07